I think the third baby is being bullied already.
Yesterday she got kicked by her brother and headbutted by her sister.
Luckily for her she's head down and the beatings to her feet didn't seem to phase the kickbox traning she's working on in there.
As for the top portion of my uterus and my left bottom rib.... yea still feelin' it. 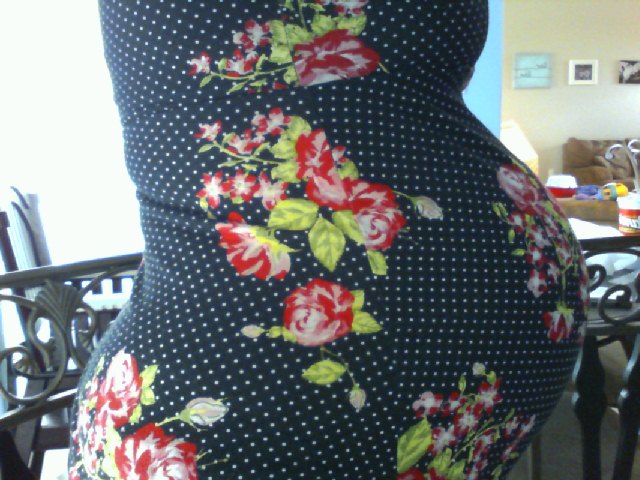 All is well with the Selah girl and me though.
Everything is normal with me, and she is looking pretty all bundled up in my belly.
I'm measuring at 33-34 weeks, and sweet Jesus my doctor moved my due date to August 27th.
It's only 1 week sooner than my original one, but he says I'll probably go into labor before then, which means nothing to me who was induced at 40 weeks with my other two. She's estimated at 4lbs 3 oz right now, in the 40th percentile in weight, and thanks to my awesome record keeping/blogging compares to Gideon who was about 4lbs 6oz at this point.
Anyway, I'm happy to have had little complications and to be looking at the end of this pregnancy.
I really do much better with a baby in my arms rather than in my belly.

As for the other babies... 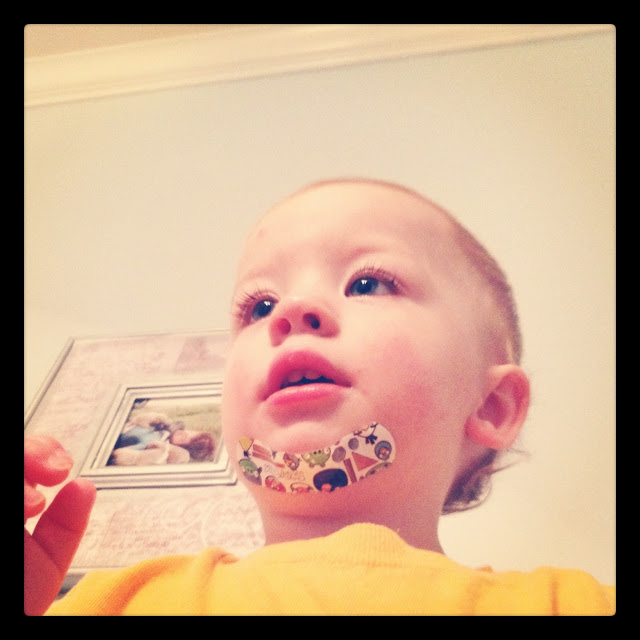 that happened last night.
This boy gets into everything.
Seriously, I take him with me to the bathroom when I pee because I can't trust him to not climb on top of the table and attempt to propel himself off of it.
This incident actually happened in the bathroom, when I told him he couldn't climb on the stool he threw himself on the floor where his chin caught the corner of that stupid stool.
Blood.
and blood, and a whole lot of blood.

It was my first parenting moment where I had to make the "Does this need stitches call?"
I tried texting Philip a picture of the actual cut, but a picture of a cut and a cut in person is way different.

Anyway, my friend Candace is an ER nurse and she helped me determine the no stitches call, which was really what I was rooting for because ya know after cleaning up all of that blood and settling down the hysteria I was really just too tired for stitches.
What? Hysteria is exhausting.

He won't keep the nifty angry bird bandaid on, and do you know how hard it is to apply liquid bandage to a wiggly (stronger than you'd ever guess) 17 month old?
Yea. Last night was fun. 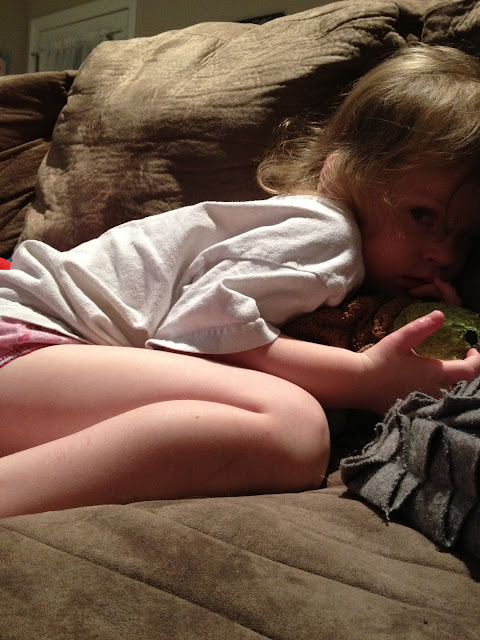 Then I turn to my 3 year old who goes through a few days of baby depression/daddy withdrawls during the first few days of Philip going to work.
Their normal nighttime ritual is pre-bedtime cuddling before he reads her a story and prays with her and spoils her beyond what she normally deserves. So when he's not here to do that, she sulks for a few days and whines and kind of just gets really sad from missing him.

So just as she's getting over that, her and Gideon wake up this morning sick.
It's been about 9 months since either of them were really sick. She had 99 fever and a sore throat, and he had 102 fever and a sore throat.
Dang it!
I really hate to see them hurting, but ohhhhh the whining.
Yea the three of us were all in sync today. 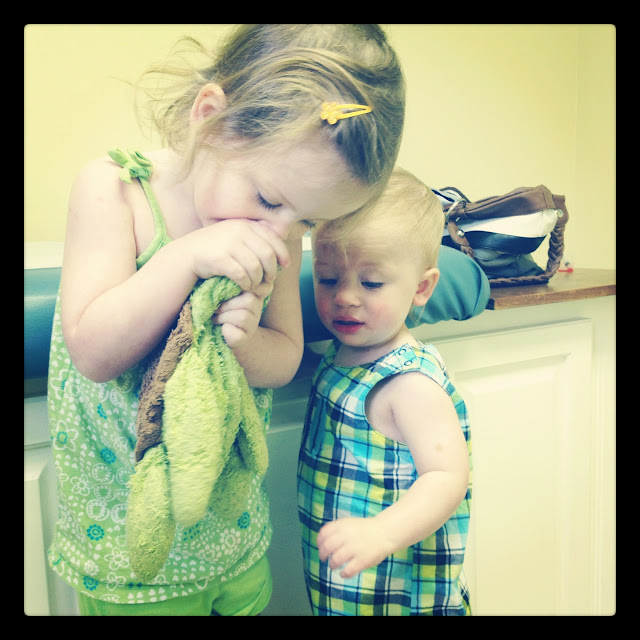 So they both got to see the pediatrician today for the first time in a long time, when Adeline totally bribed me  into getting her a new princess crown in exchange for good behavior and cooperation with the doctor.
Or did I bribe her?
I don't know..... you decide... the conversation went like this:
Me: "Adeline I really need you to be a big brave girl and let the nice ladies take your temperature and weigh you and look at your throat."
Adeline. "I don't want to."
Me: "Well we all have to do things we don't want, and since Gideon is sick too can you just be the big sister and show him how to behave at the doctor's office?"
Adeline: "But I don't want the ladies to touch me and look in my mouth. I probably feel better."
Me: "Well if you can be obedient and listen to all of the grown ups and be nice at the doctor how about I get you a surprise?" (I was totally thinking ice cream)
Adeline: "Great Mommy! How about you get me a new princess crown since you stepped on my old one? Remember that?"
Me: "Deal."

So yea, I don't know if I bribed her or she bribed me, but let me tell you that kid was on her best behavior and today's appointment was for the record books.
Fooooooooor real.
By the way they both tested negative for strep, which is what I was worried they had, and just have a viral sore throat.

My goodness, sometimes I feel so overwhelmed over here.
Jesus has been giving me such rest and peace over it all though, and through a lot of the hardships or trials He always points out how immensely blessed we are.