Every Pumpkin Should Wear Glitter

My plans for today included putting away 3 loads of laundry, washing everyone's bedding, a load of dishes, vacuuming, cooking breakfast and dinner, and making sure all three children made it through the day breathing-and fed and stuff.
After 2 hours up at oh, 8am Adeline, my 3 1/2 year old, asked me to go somewhere or go do something.
We aren't used to idle days at home much since we're always on the go, and if we're still home by lunch she's usually a bit uncomfortable about that.
I looked at the laundry and then over at Gideon who was standing up on the kitchen table chair trying to reach his sister's smoothie pushed towards the middle to stay away from his reach.
Sure we can go somewhere, I know for sure Gideon won't injure himself in his car seat, and that way I don't have to fight the dog to stay out of my laundry piles.
Mmk.
Yesterday was the park, and let's be real here. I cannot do the park two days in a row. Not by myself anyway, they out number me and make me want to hide from them in the tunnel slide for as long as possible.

So without a place to go or a fun thing to do I googled and Pinterest searched "fall activities for toddlers and preschoolers".
Only most of those search results required:
a. a lot of effort
b. more adult hands than I have available
c. an environment where it actually looks like autumn

So we just went to Rouses (where I made the kids pose by a pile of pumpkins trying to hide the big $3.99 signs plastered all over them so that I could have a fall picture resembling a pumpkin patch).
They picked out the lucky few and here. we. go. 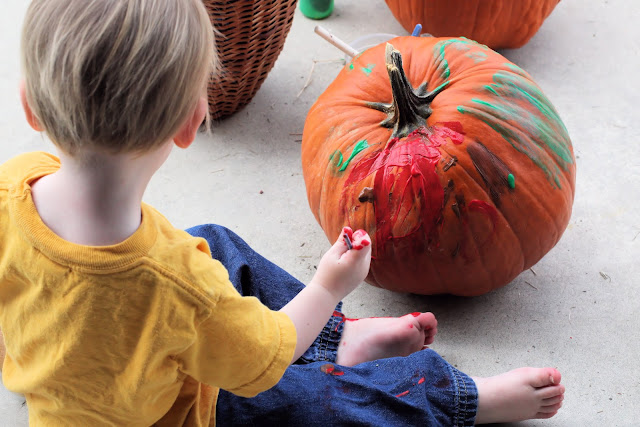 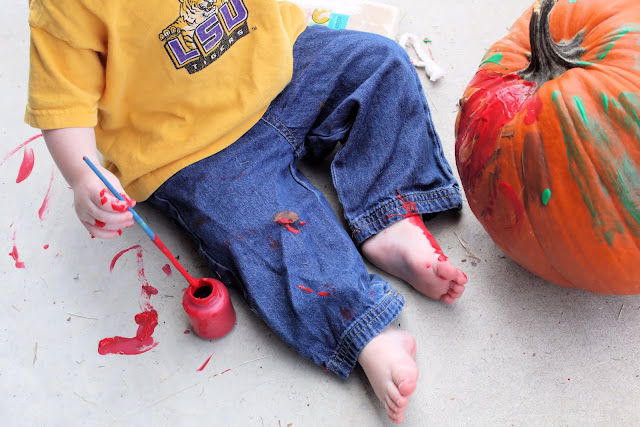 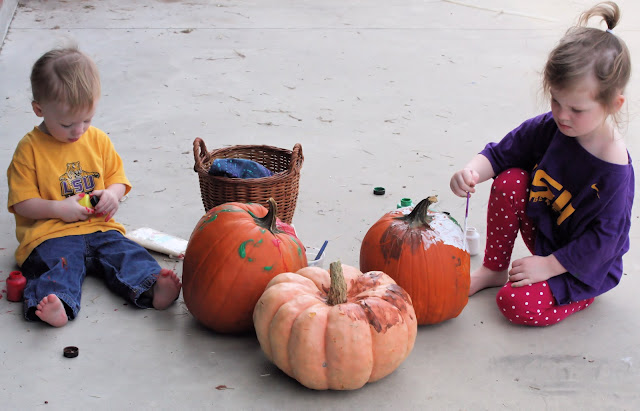 During the first 5-10 minutes of painting these suckers I totally felt my good mom mojo flowing.
They were happy and it was a new activity and no one pulled anyone's hair yet.
Oh and Selah stayed asleep long enough for me to pull out my new fancy camera to take 167 pictures of the event. Thank you baby. 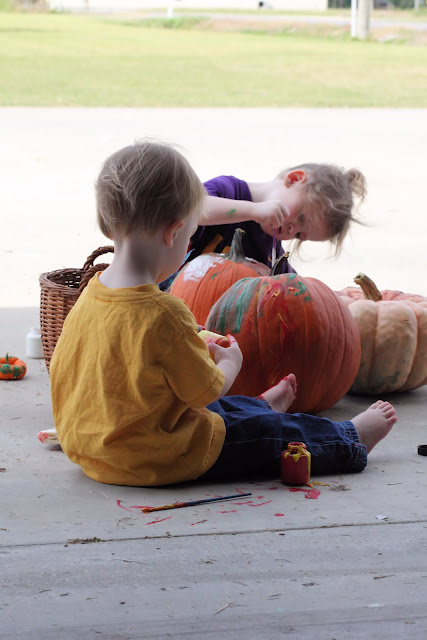 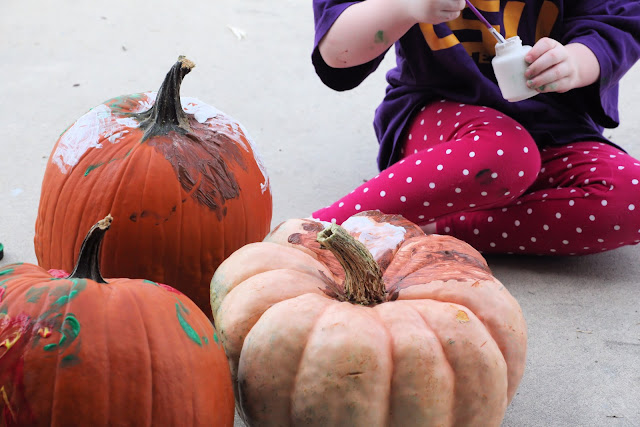 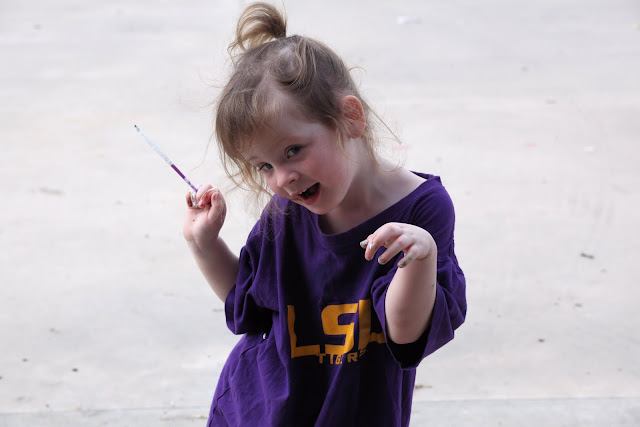 Sometimes I wonder who this kid is, and then when I watch her get creative and meticulous with a project she makes me feel like I handed something down to her. It's way cuter when you're three though. 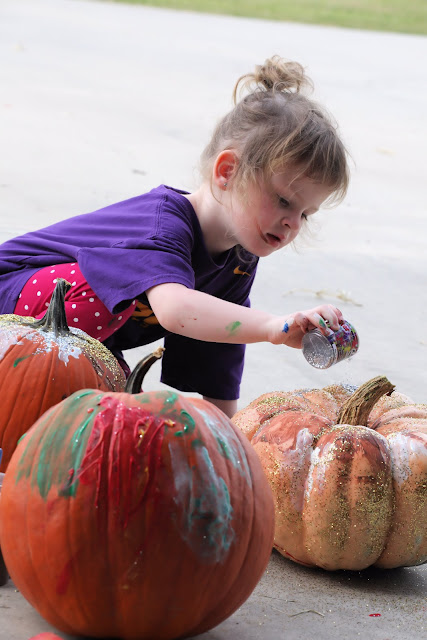 Oh, and then I gave them glitter. 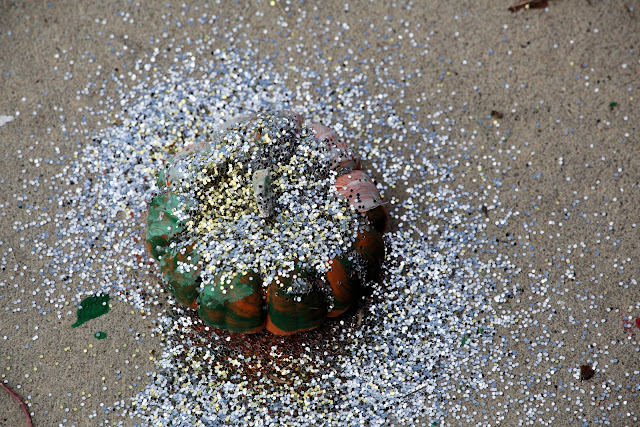 That may or may not have been a mistake. Since my driveway will probably sparkle for a month. 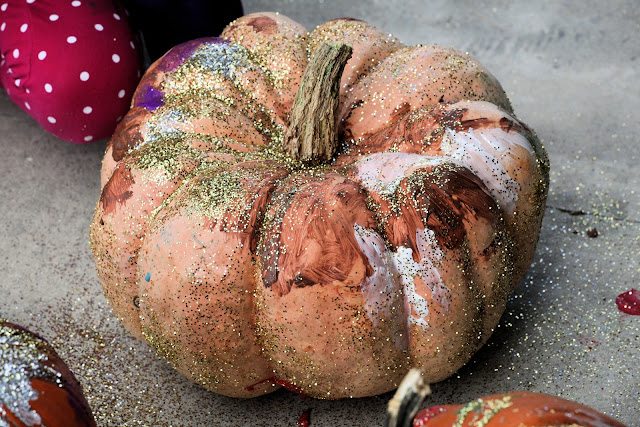 But seriously produce is way cuter doused in glitter. 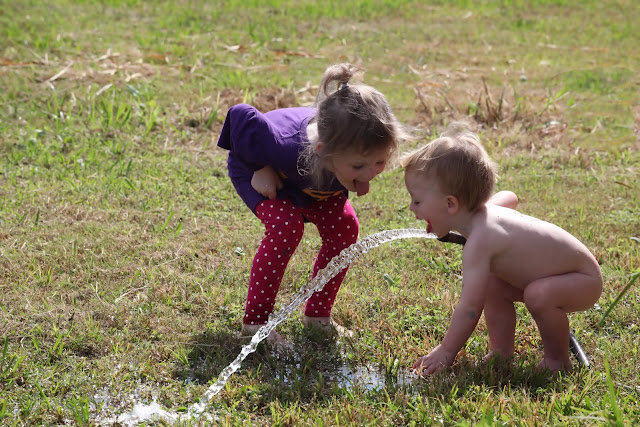 and somewhere during the clean up process this happened. 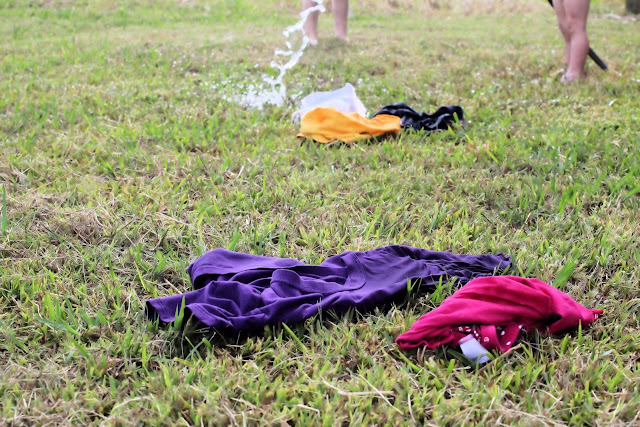 Which made me laugh so hard I nearly peed on myself. 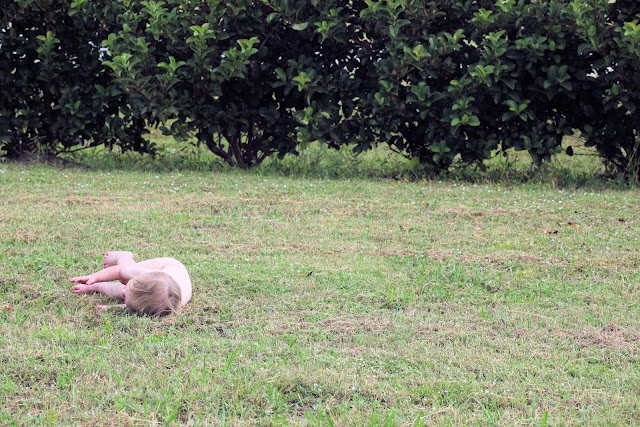 This is Gideon about 30 feet away from us throwing a temper tantrum because it was Adeline's turn to use the hose. I have a really adorable picture of him running away to throw himself on the ground and roll around in grass, but Philip has this lame no butt cheek rule on the internet that I have sworn not to violate again. Just know it was really cute.

So yea.
This morning there was pumpkins. glitter. and naked babies.
All of which were obnoxiously adorable.