Today was my little girl's first day of dance class. 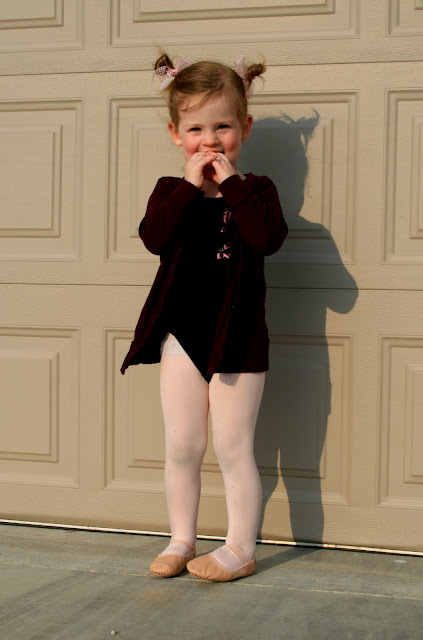 We've been awaiting and dreading this day for a couple of months now.
Allow me to explain:
Adeline is super social and super active. She's been so excited to start dancing ever since we went to the studio to get fitted for her uniform last month. A few weeks ago she even told a stranger she was going to go to dance class.
Every single day [no really, every day] she said. "Guess what? I'm going to daaaaance tass tomorrowwwwww!!!"
Then her tap shoes came in last week, and that was just the cherry on top.
Shoes that make noise????
That's what she's talkin' about!!!!
and well, of course I've been really excited about it too.
This is actually the same studio I danced at for 10 years.
I remember when I found out Adeline was a girl, one of my first visions was her tapping and twirling around in a little dance uniform.
So yea, dance class.
Pretty popular topic in our house for the last few weeks. 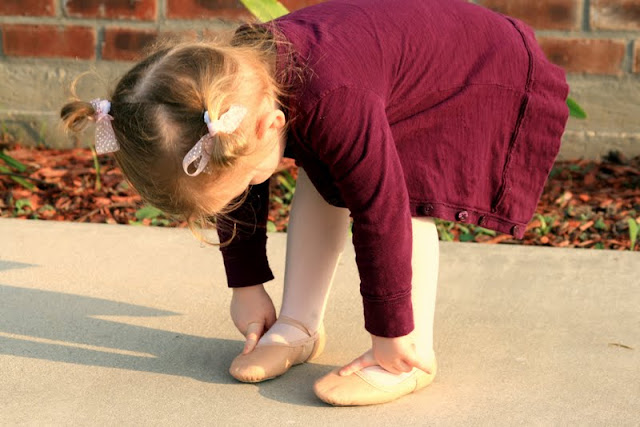 Now why had I been dreading it, you're wondering?
Well....
My girl is a lot of sweet things....
but her incredibly strong will..........
has a tendency to not be so sweet.
Just ask the poor kind nursery workers on Sunday mornings at church.
She's really a great kid, she just doesn't take direction well if it's not from Philip or me.
That's another reason I'm hoping dance class will do her well.
I just hope her teachers don't  hate me ;)
Anyway, I think today went.... okay....
We had a bit of a break down before class when she learned that her turtle would be staying home.
Turtle goes everywhere with her, and well she wasn't prepared for the separation today. 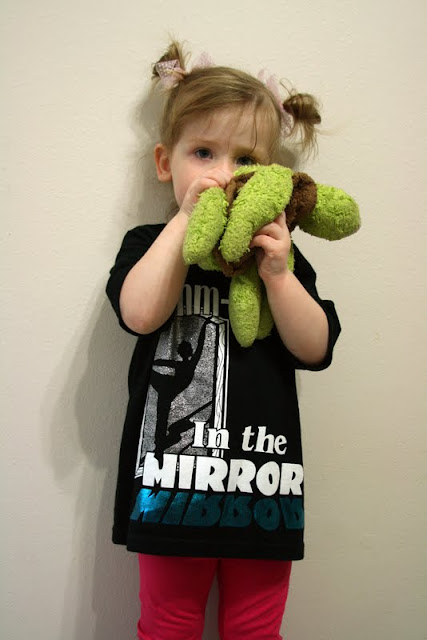 So I dropped her off at 4:30 and she was a little hesitant because I told her she'd be meeting friends and she thought some of her familiar friends would be there. She actually didn't know anyone in her class, but I know that won't be an issue for her. She'll befriend almost any child real quickly!
Gideon and I left, did a little shopping, and came back at 5:20 to pick her up.
I asked her teacher how she did and she replied, "uhhhhhmmm okay."
There was kind of madness with parents picking up their girls and other parents dropping girls off for the next class, so I didn't get to talk to her much, but I could tell the hesitance before her "okay" meant my girl was a little bit of... well..... her normal self. 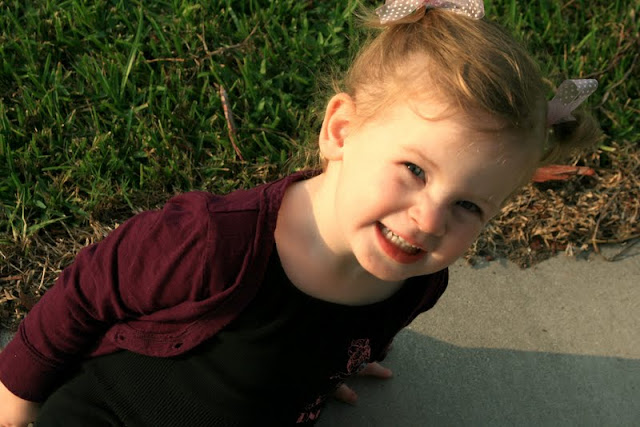 When we got in the car I asked Adeline if she had fun.
"Oh of tourse, Mommy. I talked to friends, and I sat on tape, and I didn't want to stand on my tape, and I changed my shoes, and I talked to a girl named Lily like my other friend Lily but a different Lily........"
and on and on and on in true Adeline fashion. 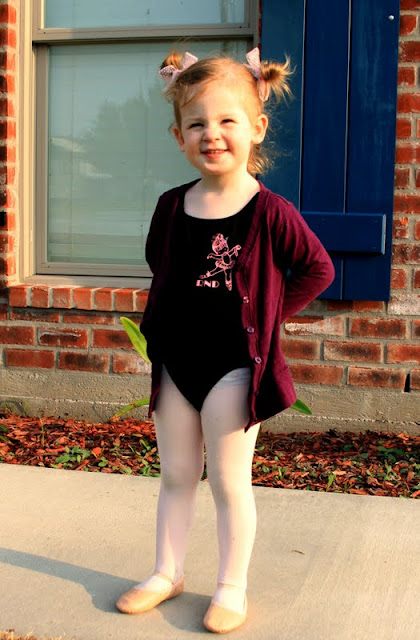 When I asked if she behaved she replied with an honest, simple,  "No ma'am."
and she willingly used ma'am so I knew she was telling the truth.
"I fussed at the lady because I didn't want to stand on my tape. I had a blue tape, but I wanted a green tape and I fussed a little bit.... She told me 'NO' because I was trying not to listen too. and I tried to twy and fuss at her so she told me 'No, get on your tape.'"
Lovely, kid.
So she got to come home and write her teachers an apology letter, which really wasn't a punishment to her because she loves for me to help her write her letters...
BUT we did have a long talk about listening and respecting and behaving. Although we have those talks often and they don't seem to really make any difference at all to her. 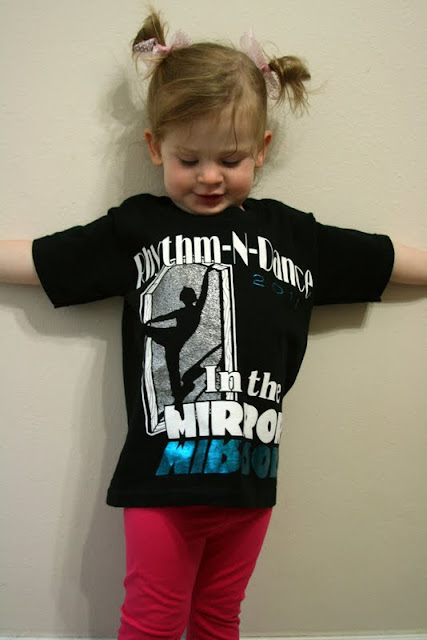 Oh well.
The first day really went well in my eyes.
I mean they didn't call me and beg me to come get her, right?
and she came home laughing and talking and dancing.
So I'll give the first day a success check in my mental book and pray next week she does a little better. 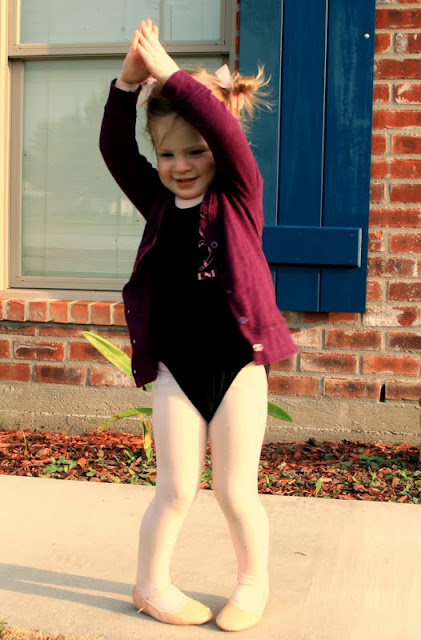 Meanwhile, it really makes my heart smile to see those little bitty baby girl feet dancing around in those bitty ballet shoes.
As we say down south, "Aww Sha!"
Posted by CourtneyKeb at 8:10 PM