Behind the Scenes on Picnic Day

Did you know yesterday was national Picnic Day?
Yea, me either until about 4:30 when Philip texted me to inform me of this incredible fact.
My sister says it was national Princess Day too, but I have yet to confirm that and think its silly because why would someone put Princess Day on Picnic Day? Lucky for us, if it's true we knocked out two holidays in one sitting since Adeline was playing dress up before dinner and was already dressed the part. BAM
Take that sneaky Picnic/Princess Day!
So I packed up dinner that was already being made [answered prayers for my husband who has been forced to eat canned soup and fast food for dinner for the past 5 months], spread the quilt on the grass, and you guessed it. 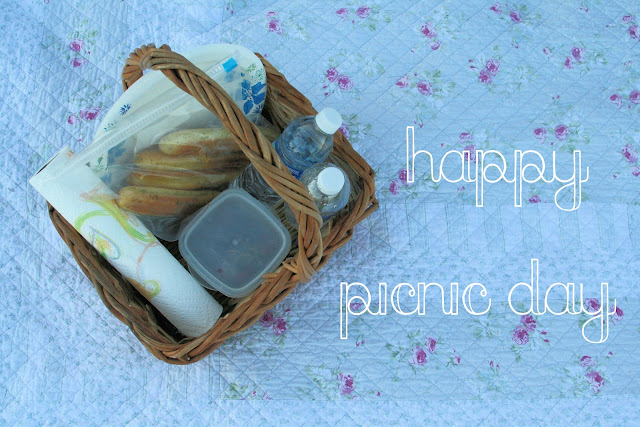 Not bad for an impromptu picnic? Okay I feel the word picnic being overused in this post now, sorry about that now. 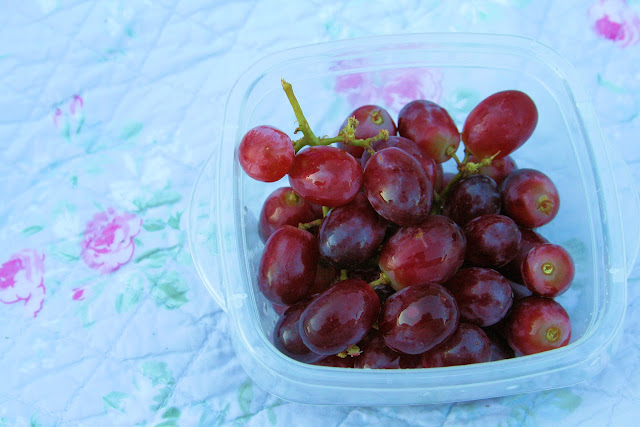 Grapes were our appetizer. Actually they were mine because both my kids are boycotting grapes right now, weird huh? Yea then Adeline feasts on them when a boy offered her some at the park this morning. Not a stranger boy, just a friend. Not boyfriend though. Friend that's a boy. Oh yea. But let me tell you, those grapes were far too juicy and pretty to just leave there so I abided by the unwritten law of Picnic Day and ate purple fruit on our outing. 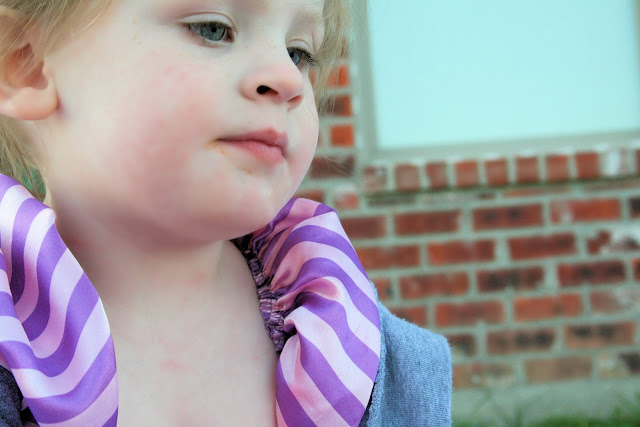 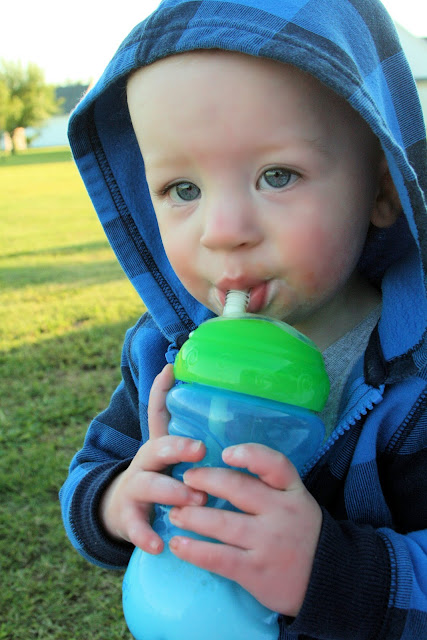 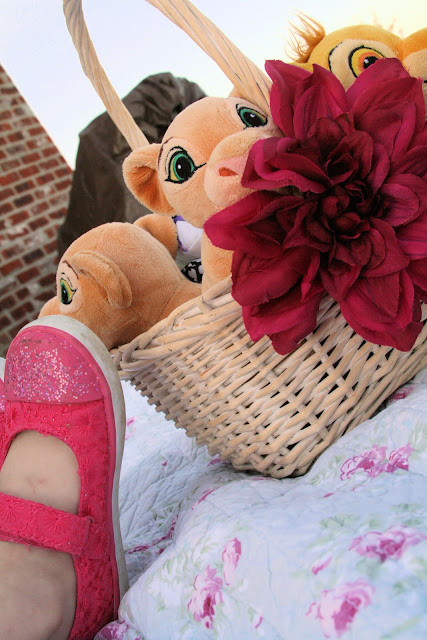 So me, the grapes, and my crew waited patiently for Daddy to inspect something on the side of the house and join our outdoor dinner when suddenly I smell something super gross. Yea that turned out to be our sewer treatment plant with a broken [$400 to replace] pump. Gross, and on Picnic Day man? Sheesh! So we drag the party elsewhere in the yard and begin to enjoy our meal [until the wind changed]. 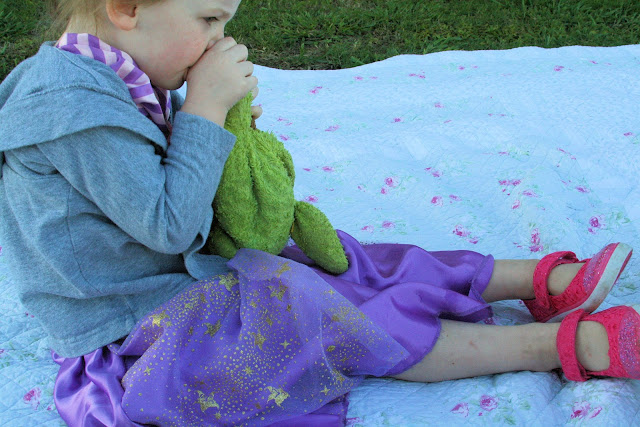 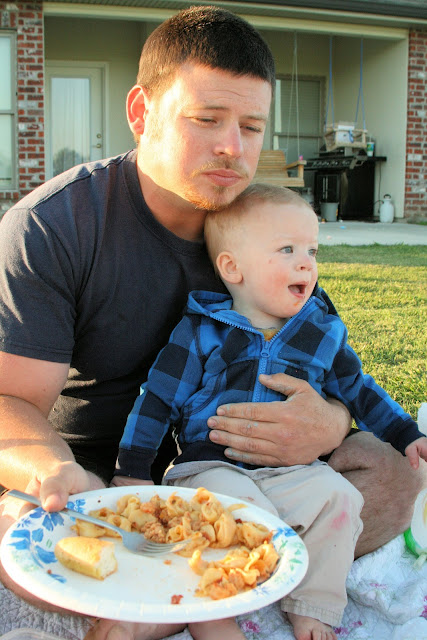 and in case you were wondering what's for dinner: 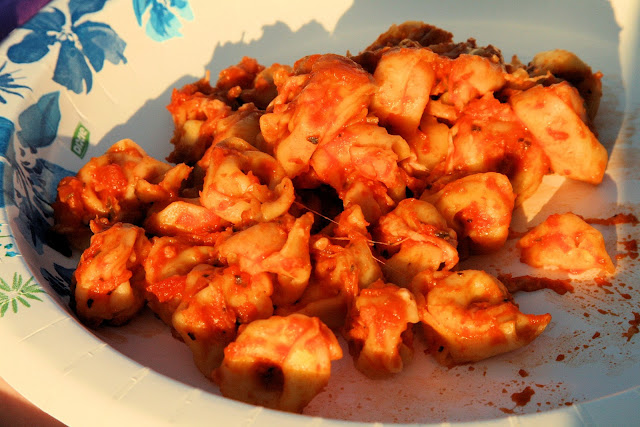 3 cheese tomato tortellini for the kids 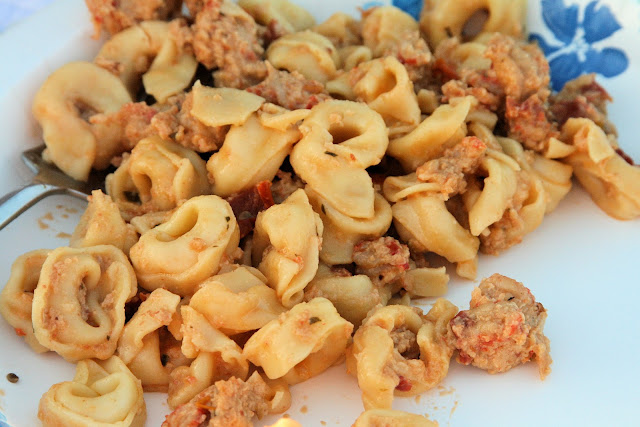 and crawfish tortellini for us 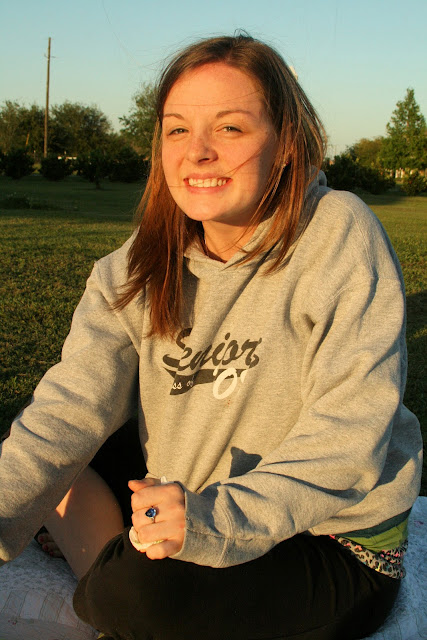 I was kind enough to let my FB friends know about this Picnic Day thing, which is probably how an unexpected guest wandered over in hopes of extra dinner, and she was in luck! 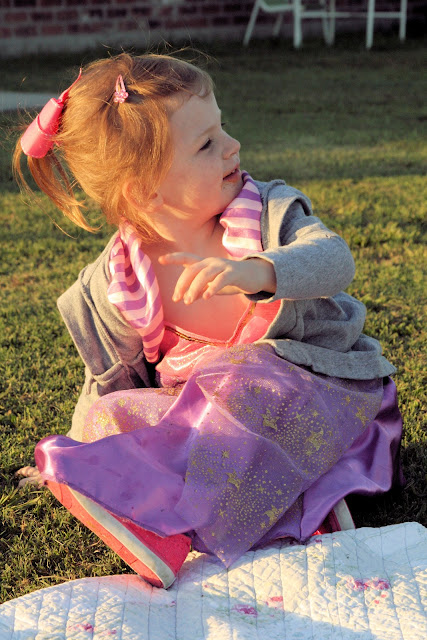 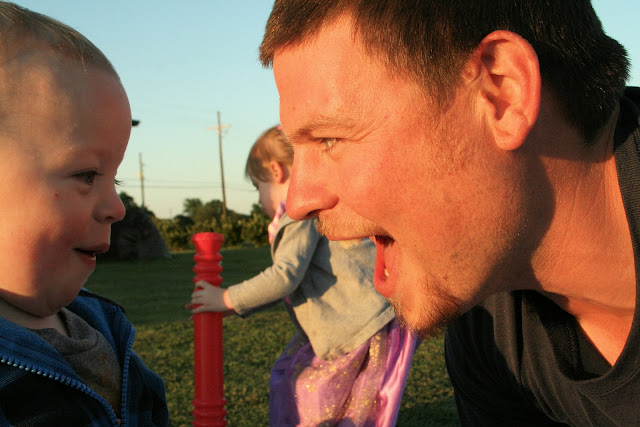 So for a little extra behind the scenes info, it was right about now in my series of pictures where both of my kids were accidentally stung with a bread stick. Oh I'm talking mark-leaving sting.
How does that happen?
Ask my husband, he did it.
I neglected to take a picture, because although neither one of them were very phased by it, they both had dark red oblong bread stick imprint marks (on Gideon's forehead and the back of Adeline's neck).
[Philip was throwing the first bread stick remain in the yard away from us when Adeline "ran into it" and the second episode he was throwing a bread stick at my sister when she ducked and it hit Gideon behind her. More funny than harmful, promise.] 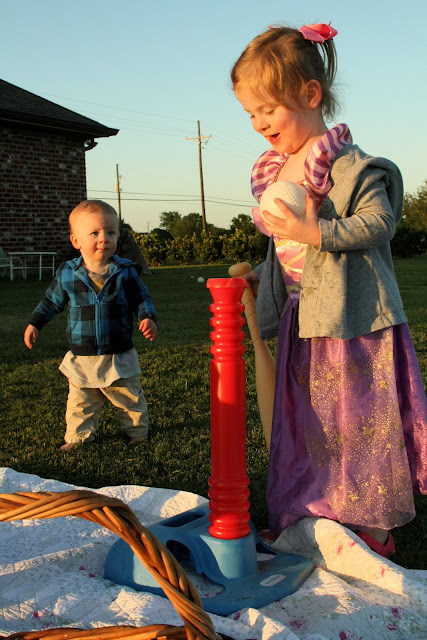 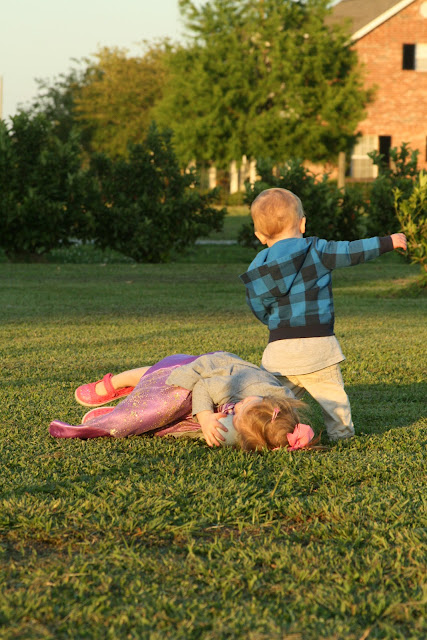 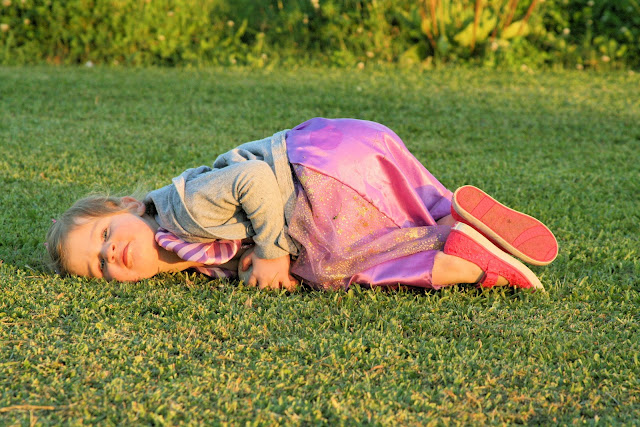 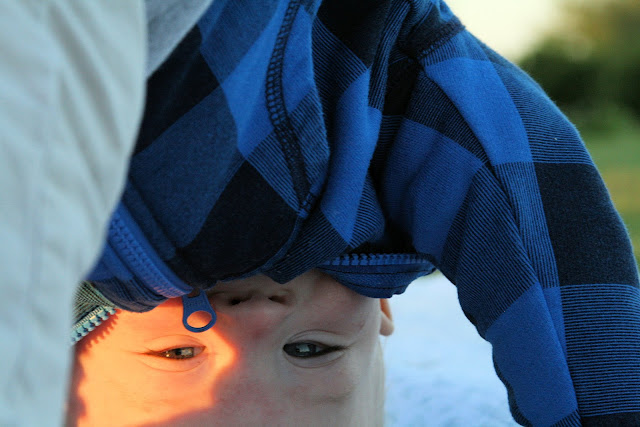 A little tackle tee ball [because that's what my three year old tortures her brother with in confusion/love for both football and baseball] and it was all fun and games until Aunt Spaz here broke Scarlet's paw. 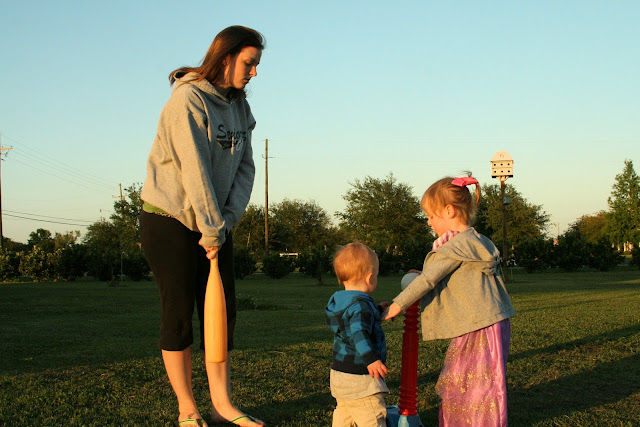 Just teasing, Heidi! She didn't break the dog's paw.
The dog did. (No really)
She's a super spaz and jumps with an overwhelming enthusiasm anytime she's even mildly excited.
Well homegirl got too excited last night when I came out of the house from picking up some picnic stuff and she jumped and landed on her paw wrong and broke it in three places (what's up another $700 )
So Aunt Spaz (her affectionate nickname around my house) stayed with the babies while we brought ForRealSpaz to the emergency vet for X-rays and sedatives since she was freaking out something wicked. 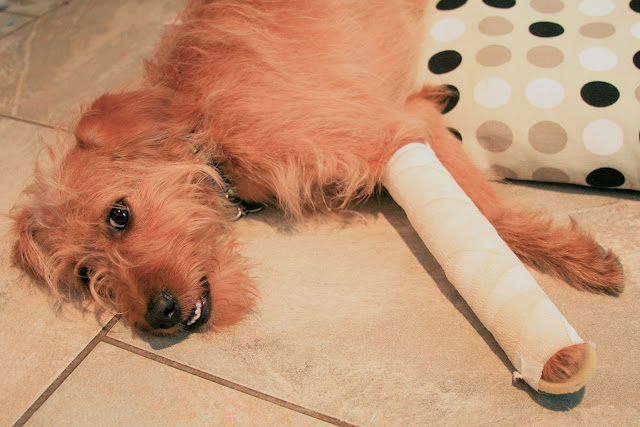 Super sad Scarlet got hurt, and I hate hate hate to see her in so much pain, but hopefully she's learned some kind of lesson and she quits going crazy with jumping and everything every time we have company or a kid wakes up from nap or Gideon throws a piece of food on the floor, or when a bird flies by, or ... you know, whatever.

Crazy times here at the Keb house. Stinky sewer treatment aromas, bread stick stings, broken paws... broke Momma and Daddy. Haha, sometimes I wonder what normal looks like. Because surely our normal isn't your normal. Or maybe there are folks out there crazier than us. That'd be cool.

Okay, well I want some grapes.
Have a normal evening. :)

Posted by CourtneyKeb at 4:06 PM