We've been getting rid of bad behaviors around here and rewarding good behaviors!
With a constant state of nausea and limited abilities as a tired, pregnant momma I often feel defeated around the house. Things just aren't in my normal flow, and my ability to keep up is stunted.

I do spend the maximum amount of time with Adeline and Gideon as possible so I decided to take control of that and work on some behavior issues with them.

Adeline recently got her own gemstone jar.
Gemstone jar is a pretty special thing around here.
We got some glass gems at Hobby Lobby along with a jar.
She picked out some stickers to decorate it, and I took a paint pen and drew on some goals.
It's pretty simple as she does something good, kind, productive etc. she gets a gem.
If she does something wrong, unkind, or disobedient she gets a gem removed. 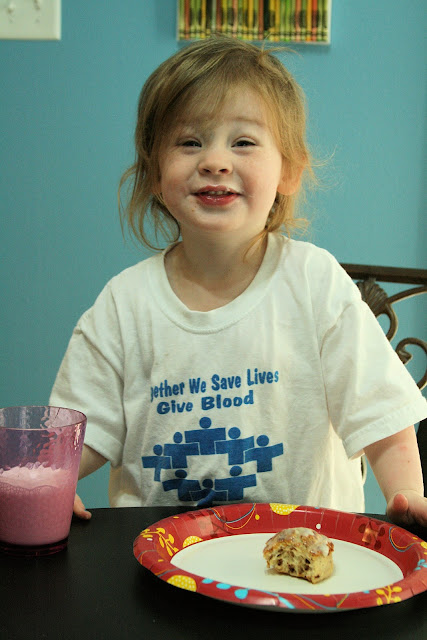 I got this idea from my friend Talia who had a jar for her 4 year old and 2 year old at her house. I thought it was a pretty neat idea and replicated it days later.

If she fills up her jar to the first level we can go out for ice cream.
The second level we'll take her to the park.
The third level she can go to the store and pick out something of her choice.
The incentives really appeal to her, and to remove a gem stone for bad behavior is really a blow for her. 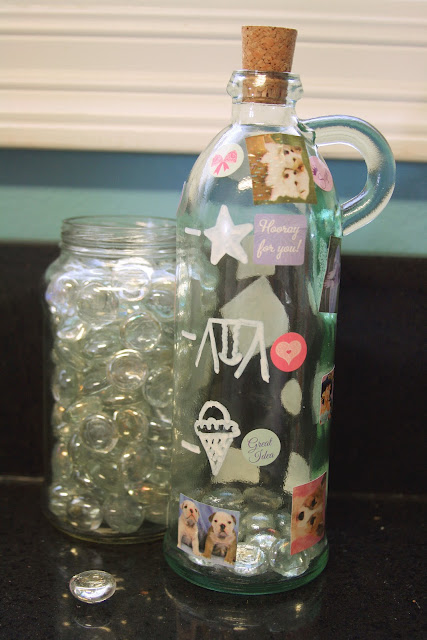 Unfortunately for the first week she had no surplus at all.
She would get more gemstones removed than she would earn in a day.
I figured this was fine for her and more incentive to more good than bad, and then I realized that maybe I'm focusing too much on the bad behavior of my three year old, and not encouraging her enough for the positive behavior.
So now she gets a gemstone for unexpected kindness like sharing her snack with brother, or saying thank you to a grown up all on her own, or remembering to wash her hands without being told after she uses the bathroom. She's feeling a real sense of pride and responsibility and it's become a really rewarding system for us in the two weeks we've used it.
I do admit that I kind of abuse it every now in then. For example, last night when I could only find one flip-flop I said, "Find Mommy's other shoe for a gemstone!!!" Man that flip-flop appeared almost as fast as I asked for it.
Haha, oh well.

As for my sweet little Gideon he really mostly has great behavior. He's such a refreshing child! Always happy and content, usually quiet and pleased. I can definitely tell he's all boy though, he gets into so much more than Addie did and he climbs and explores and has the bumps and bruises to prove it.

The only thing I was concerned about was his pacifier. I feel like he's made a transition from baby to toddler lately, and I just don't really see the need for a toddler with a paci. It was advised to me that I let him keep it until he was 2 or old enough to understand why I'd take it away. My reasoning in that was that if I waited much longer than he'd associate no pacifier for Gideon and potential paci for Selah. I don't think that's fair, so 2 weeks ago... I just stopped giving it to him, and he really didn't care much. He was a little confused and whiny for 2 days during short spurts when he was looking for some comfort and didn't have a paci in his mouth. A little extra cuddles and he never looked back. 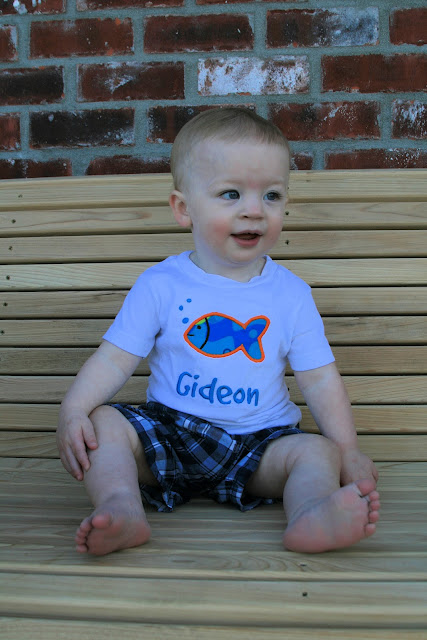 It was a lot less dramatic than I expected it to be. Adeline gave up her paci at 5-6 months on her own so I never had to take it away. I have friends with stories about paci withdrawal and methods of taking them away, and I was just expecting it to be a big deal. I guess he's just like his Daddy, not very much in Gideon's world is a big deal.

I can't wait to see how little Selah's personality fits in. I pray every day for a peaceful baby, and no matter what personality God's graced her with I really hope she's a peaceful newborn like her brother was. ;)

Anyway, I hope you all have a blessed day! We've had such a crazy busy week and we're off now to meet a new play group. Tomorrow we have a different play group date, and I'm painting with my friend Dawn and some of her friends tomorrow night. Friday is our lifegroup bible study and then onto a full weekend.
Hopefully I can find some time in there to do some reading and work on my embroidery project.
The finished product looks amazing in my head, so uh I just need to start.
Blessings and lots of love out to you!
Posted by CourtneyKeb at 9:29 AM