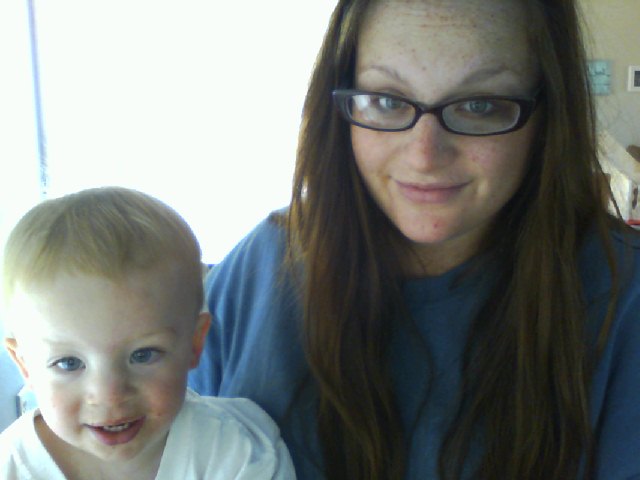 Oh just chillin' in gigantic tee shirts and collecting food and and drool and other miscellaneous items around our mouths, in our hair, and on our clothes around here.
Just keeping it real for ya.

Adeline has been going to VBS every evening so I've been getting some extra one on one with my cuddlin' boy right there.
His favorite color is yellow (Ehw Oh), if you were wondering.
Which is a less typical and pretty fun favorite color to have, if you ask me. 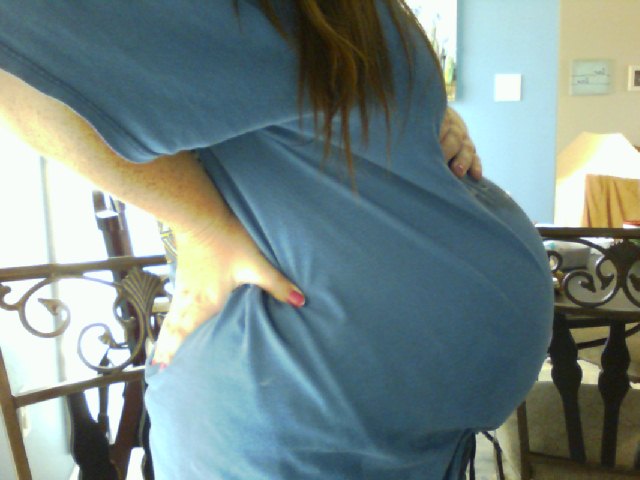 I'm about 31 weeks along with little Selah baby in there.
I'm also pretty huge, but I picked a flattering photo to post, and it does me total justice.

I go to the doctor later this week, and although I'm not scheduled for an ultrasound, he's going to give me one.
He thinks he's the boss, but I am. So I'm gonna get one.
Because either I'm carrying a gigantic baby or I'm further along than we thought which is totally possible because I have no clue when this child was conceived.
My other two pregnancies were far more problematic so I had an ultrasound or two every month. This pregnancy has been less high risk so I've only had 2 ultrasounds the whole pregnancy! That's kind of a rip off.

Some days I feel like she's so low and already dropped and braxton hicks are so frequent that I just know labor is soon.
buuuuuuuuuuuut my body is ridiculous and it likes to torture itself, plus I go record for carrying babies full 40 weeks, so who knows.
All I know is
#1. This baby better not come while her daddy is away at work.
#2. This baby better not come during a tropical storm/hurricane deal.
#3. This baby better be working on super speedy developing and being super healthy so I can get this pregnancy thing over for good.

Other than that.....we've got some serious transitioning about to go down over here.
So I'm mentally preparing us and my house for it because I'm physically too tired to do anything other than the essentials when I cut more and more of off the list every week.

I managed to do dishes today though.

I should not put that off.
That's a gross chore to have to play catch up on.

Busy times over here.
I'm excited about starting a new bible study this week though.
I've been in a pretty consistent funk lately, and I know God's waiting on me to awaken something in my heart. I'm pretty stoked to see what it is He has for me to learn. Lord knows I need some teachin.

Have a nice Tuesday people. I'm ready for this weekend.
It's going to bring awesomeness.
A bunch of it.

Posted by CourtneyKeb at 2:49 PM