To the Best of Them All

It's funny when I can draw back and recall moments that weren't photographed or blogged or talked about again and again. I am an obsessive and compulsive picture taker since about age 9 when my nanny gave me my first green and yellow 35mm film camera at my cooler than cool skating rink birthday party. I love taking pictures. I love looking at memories. I've always had a stupid dumb memory, and without photo evidence of a happening I'm in denial it even existed.

So when moments come up in my ever forgetful brain, I feel like I've stumbled upon treasure. Sparkly, shiny treasure.

and I remember that car ride on the way to see some band somewhere. The roads were dark, but we were playing Kadink, which was our normal who ever spotted more cars with one headlight out and said kadink while simultaneously hitting the roof of the car first (because if you don't hit the roof while you say it you forfeit point) game. I had on this khaki pleated skirt you bought me for Christmas and a polka dotted scarf tied tightly around my neck and in a bow, because it made me feel hip and cool, which obviously we were very of both. I'm pretty sure Underoath was on because I remember turning it down as I said, "So you want kids one day? Like how many you think you want?"
and you just kept driving. turned the music back up while you shrugged your shoulders (my friend it was dark, and no, I don't see well but I was watching you) and then you smacked the roof of the car not missing a beat as you hollered "kadink".

I suppose that was a totally appropriate response for a couple of idiot 17 year olds, and I can say that because trust me, we were idiots.

And then I flash back to exhibit B memory when we were newly weds, had been married for oh, about 9 or 10 months and you were outside working on your boat. I was hanging around and invading your personal space because that's what I do when you're around. Then you said, "So uh, I want to buy a new boat motor."
and just as I raised my eyebrows and gave you the look, because the month before you had bought a new gun and the month before this new reel you had to have for your fishing pole and we were broke and you were making us broker, I withdrew my immediate thought and almost response and threw this shocker at you.

You were going to tell me no. Because kids were not on your radar, we were broke, I was finishing up college, aaaaand we were broke.

and that, my friend is when I bought Adeline with a boat motor.
Okay, stop judging me we weren't Christians yet, that was totally an even exchange in our idiot world.
I know.I want a kid. You want a boat motor. The very next month, I was knocked up, and you were cruising the open waters a little bit faster than you were the month before.

I remember being 40 weeks pregnant with Adeline and begging you to rub my feet because I heard acupressure could help induce labor, and I was desperate. You refused because you were petrified. You wouldn't admit it then, and you probably wouldn't now, but you would not touch me because you didn't want "anything to happen wrong". 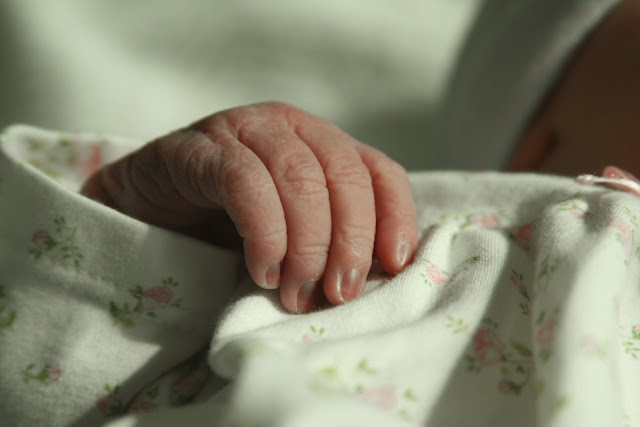 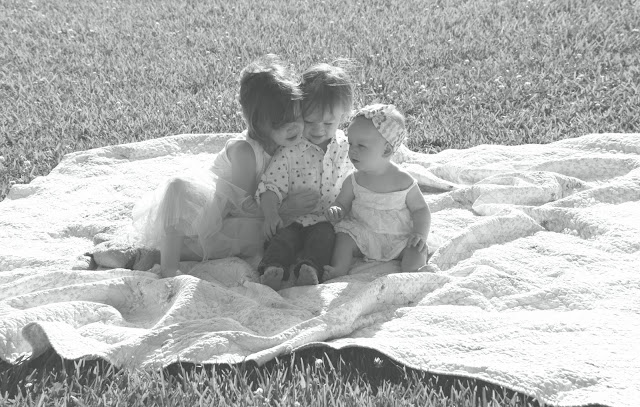 Because above all else out of no where we cranked out a handful of little babies, and all of a sudden the man in my life is a freaking awesome father, one I never knew you had in you.
I'm grateful for this daddy man you are to our three babies. 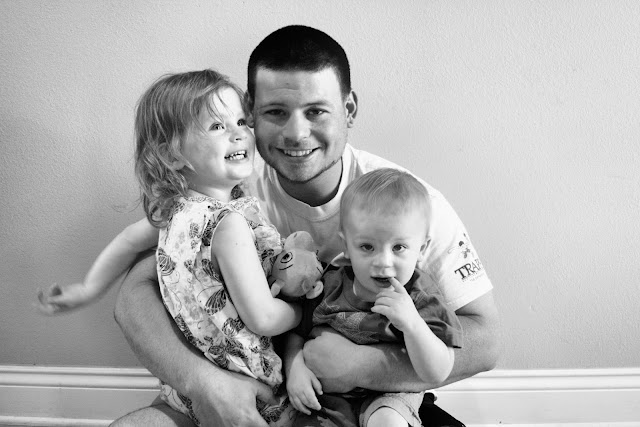 I love that for each baby and each milestone there is another person as excited as me about that first step or funny baby phrase. I'm thankful that when you are home and Gideon does something messed up I have you to look at at laugh with. I'm thankful for the overflowing my heart does when we haven't seen you in day's and our babies have the biggest smiles on their tiny mini you faces when you walk in the door. I'm so glad I get to do this with you. You are my favorite. 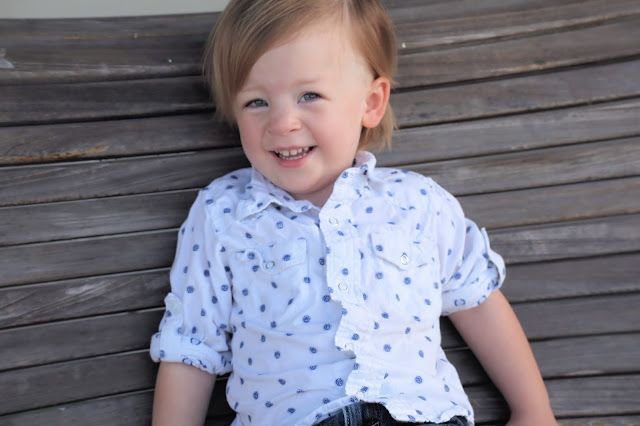 God blessed me with the last 11 years with you, and the last 4 in which we've been parents have been my favorite.

I'm thankful that when we screw this up, because sometimes we do we can just turn to the ultimate Father and let him teach us. 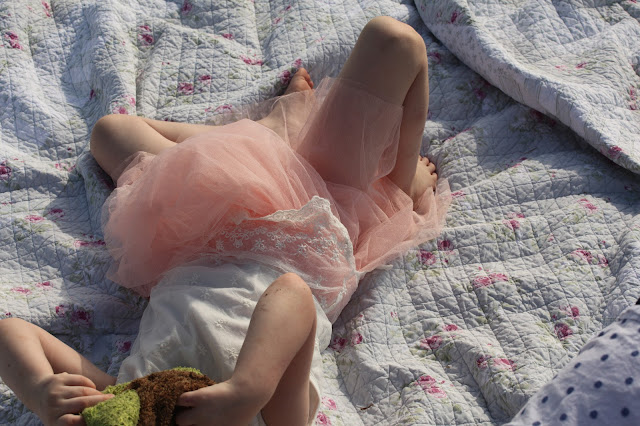 I'm so very grateful that beneath a sometimes hard exterior our children have a daddy who prays for them and with them.
How did that happen?
How did the idiot teenagers we were become parents and above that children of our Father in heaven?

I love you Philip.
and I don't take for granted a single moment you get to be home and be with us.
You are an incredible father.
and happy Father's day. 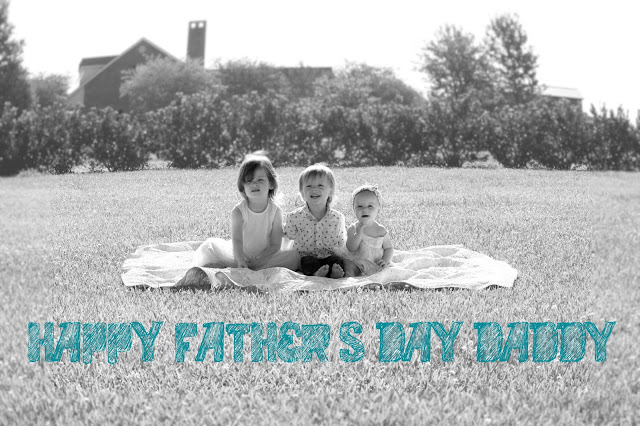 Posted by CourtneyKeb at 6:34 AM