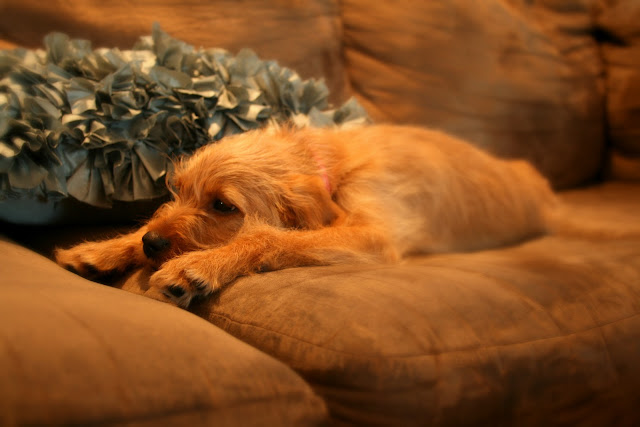 This is mostly how I've been feeling lately.
Tired. Exhausted. Sleepy. Lazy. 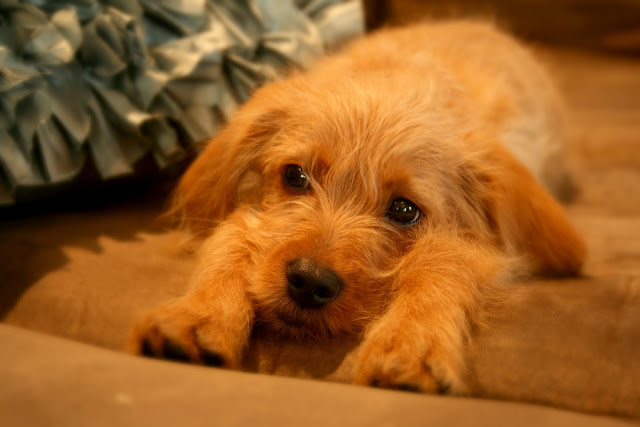 But I can't quite fulfill my sleep because someone's always in my face?
Yea. I've been feeling like that, too Scarlet.
I mean I'm not bummed or anything. Just really tired!
and right when I lay down to sneak a nap, UPS knocks on the door inducing a bark attack from the Labradoodle, OR Adeline runs from her room claiming there is an owl in her second dresser drawer, OR Gideon is on nap strike and shouts out "MAMAMA NONONO!" for a half hour straight, OR Scarlet herself has to poop for the 6th time in the day and I can tell she's sneaking off to hide it somewhere so I have to go let her out before we've got hidden poop and a not so hidden smell, OR my cell phone rings because somehow a bunch of telemarketer type people have my cell number, OR I should probably go defrost something for dinner because Philip isn't going to want chicken breast and baked potato for the 5th time this week, OR housework starts calling my name since my dishes could be rotting in the sink and no one has had folded underwear in their dressers for 4 days.
Okay the last part isn't true.
I do not get up for house work.
It nags at me, but it usually loses and if all is quiet in my house for nap time my own nap wins over laundry, dishes, vacuuming, mopping, cleaning toilets, [capital E.T.C.]!
But ok, somethings up. Because normally for me, packing two 2 and under to go to Target is so worth it, because I mean, it's Target and on most occasions I can't pass up going there!
and lately..... it's like...... I.... don't................want to.......... go. [Gasp]
My brain says, "Oh you need to go to Target you're nearly out of paper towels and while you're there you can look at new Tupperware and stroll on by  the women's department and grab new pajama pants and a new scarf oh and remember to go see what's on clearance in the back. I wonder if you'll get a gift card for buying two packs of diapers this week? Oh while you're in the baby department remember to get new pacifiers we're dangerously low.... Grab a milk too then you won't have to go to the grocery store tomorrow. Oh I love Target."
But then my body says, "Ehhh you've got to drive all the way there, then unbuckle to kids, bribe one to ride in the buggy, keep the other from eating the buggy, and sing dumb kid songs while you're trying to look like a cool mom instead of a geeky one even though singing twinkle twinkle star louder than Adeline talking does indeed sound geeky, it keeps the nearby shopper from hearing the kid's persistent questions as to why didn't that lady let her mommy brush her hair this morning? Then you've got to check out without anything extra thrown on the dirty conveyer belt, get out of the store past the popcorn that will be begged for, zoom through the flock of birds in the parking lot waiting for the popcorn you didn't get and your kid is crying for, rebuckle both kids, and then drive all the way home.
Phew.
That's how I've been feeling...
Here lately anyway.
Maybe I'm hibernating? 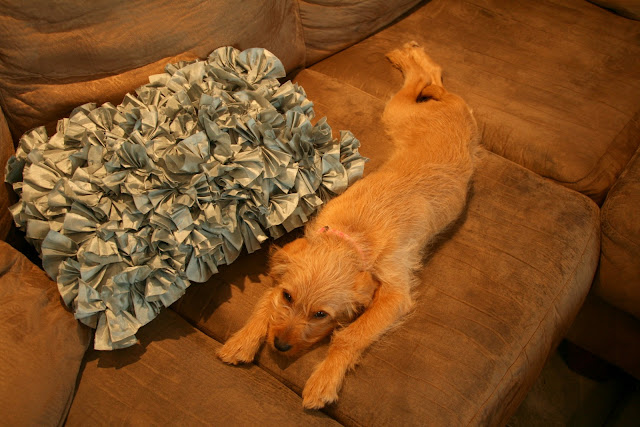 Yep. I am. Just decided.

So obviously more internet time goes into me with hibernation. I've been on the computer more this week than I have been in a month. I asked Philip if I could buy a new blog design or at least a header, but he said no.
I don't blame him, that would be a silly thing to spend money on.
So I got creative/cheesy and took a picture of some yarn on my favorite quilt and slapped that puppy up there. Have you noticed?
I haven't decided yet if I love it or if I hate it.
I'm usually not in between.
I also linked up to my Pinterest and Instagram on my side bars.
That made me feel hip and cool.
Not that I needed that validation or anything.
;)
Well the kids are up and playing Lion King, so I'm going to sit on the couch and watch while I decide which chores are vital to completing the day.
Have a good weekend!
Posted by CourtneyKeb at 8:00 AM