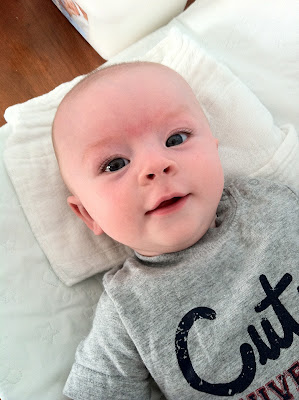 My sweet happy baby boy hasn't been too happy lately. Friday afternoon to today (always on the weekend, ya know) he has been absolutely miserable.
Our weekend consisted of lots of laying low and cuddle time, which was definitely a change of pace for us. 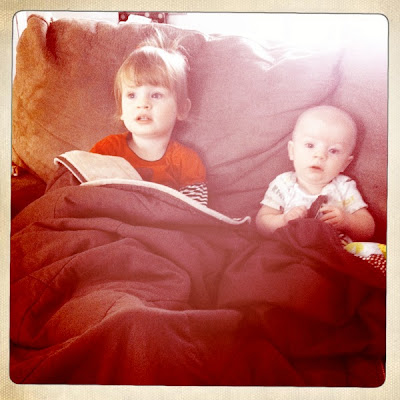 I found out today that he had two pretty intense ear infections, which explains why he screamed for almost 4 days straight. 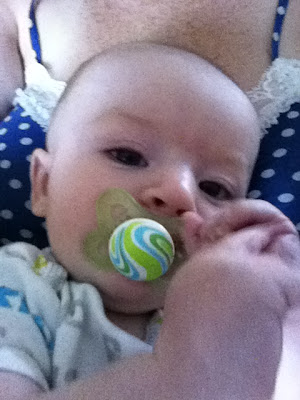 My poor little Tookie! :(
His chiropractor, Dr. Flynn gave him a good adjustment though, and ever since he's already been so much calmer. We also got some ear drops from his pediatrician this morning, so I'm hoping for better, happier days for little Gideon. 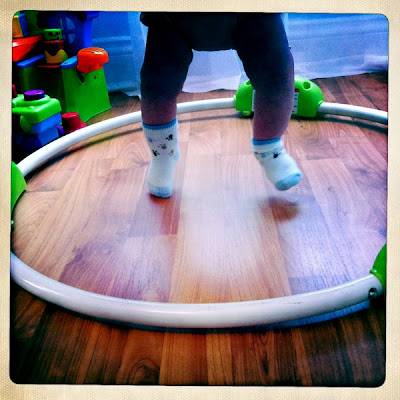 I think having a sick baby/child is one of the worse feelings ever. It's really hard looking into sweet innocent little eyes and seeing the normal sparkle replaced with pain. I've been praying a lot for parents and children who are really ill. I cannot imagine the strength and the struggle it must be to have a child seriously sick, but it really is something that weighs heavy on my heart. That's probably why I can never pass up a St. Jude donation request or a children's health fundraiser when offered. We are so blessed to have healthy babies. 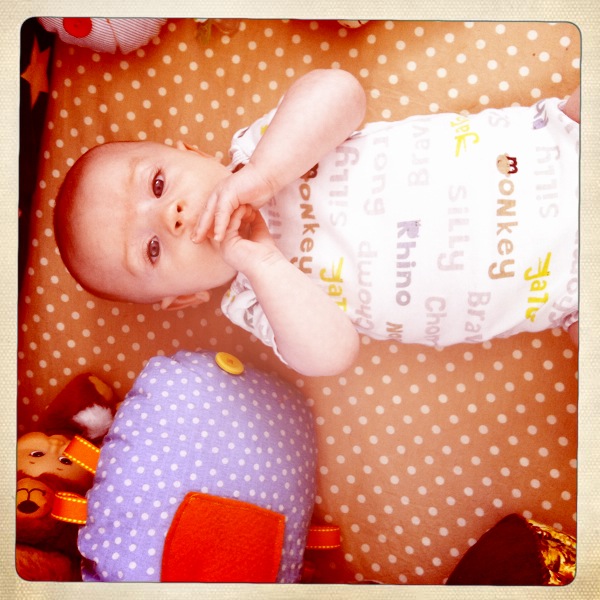 Oh and in between his hysteria this weekend we noticed the awful timing of two little milestones!
Yep, not even 4 months old yet and his two bottom teeth are already trying to break through.
I was so surprised when he started teething a month and a half ago, and sure enough all of the biting and drooling was leading up to these two suckers coming on through. They haven't broken the skin yet, but you can see the little white buds right under his swollen gums.

So between teething and ear infections we had another contender of sleep interruption: 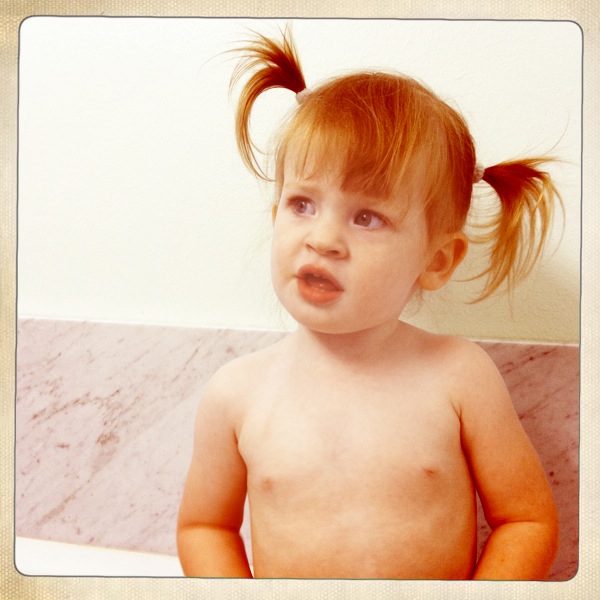 This one has been waking up in the middle of the night and running into our room to come into bed with us. I think we're on 6 nights in a row. She knows to go to Philip's side of the bed too because he'll put her in bed with us. I, however, will risk waking up Gideon with Adeline's tempertantrum by putting her back into bed.
If you slept with this kid, you wouldn't blame me. She's like a night ninja. Let's just say on the nights that Daddy lets her have her way, I've ended up with either little to no sleep or on the couch. I don't know if she's been having nightmares or if she's just been missing Philip. 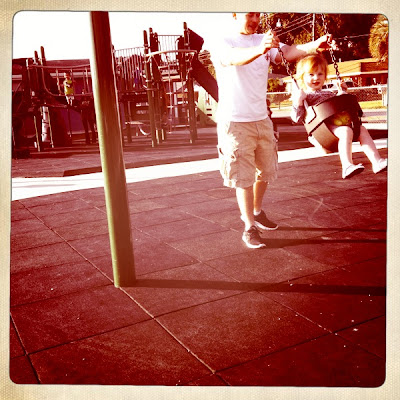 She has been quite a daddy's girl lately.
He has to take her to the bathroom.
He has to buckle her into her seat.
Daddy has to hold her.
Daddy has to push the buggy.
Wah Wah Wahhhhhhhhhhh
It's cool though, gives me a break from time to time since I've got my hands full with a little guy wanting to see this big world in action. 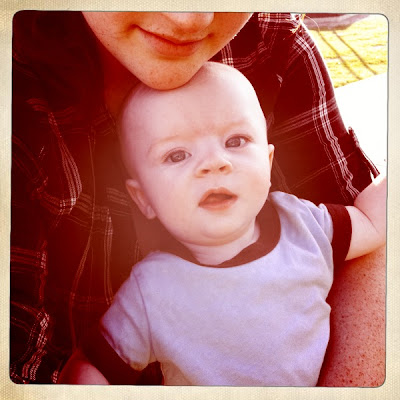 I guess that's it as far as baby updates.
I'll just end this post with 2 pictures before I leave to go catch up on a weekend's worth of chores.
1. Bath time in Mommy's tub: 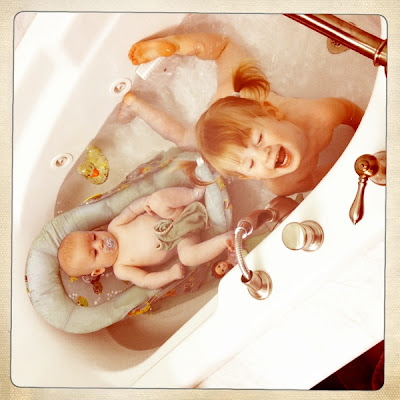 and
2. This is what I caught Adeline doing this morning while I fixed her breakfast. 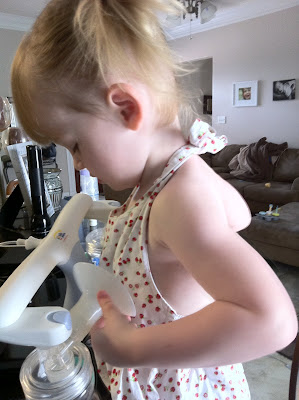 Oh no she didn't.
Posted by CourtneyKeb at 7:26 PM